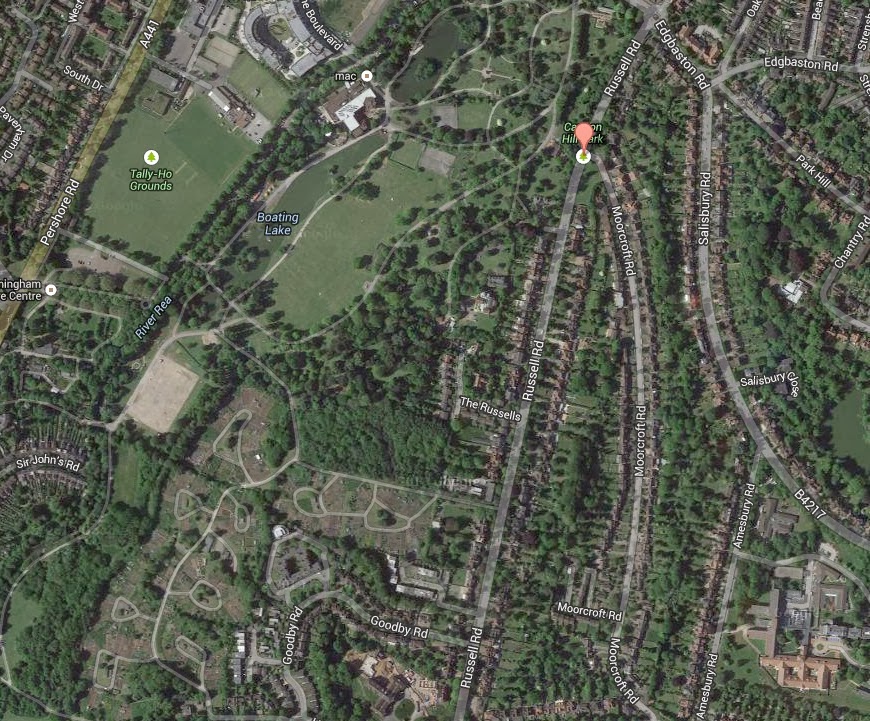 Cannon Hill Park contains a 5.2 acre woodland known as Centenary Woodland, planted in 1989 to commemorate the centenary of both the RSPB and Birmingham City Council.

Centenary Woodland is situated southwest of 'The Russells', (centre of map), and north of Moor Green Allotments, north and west of Goodby Road, (bottom of map).

The woodland today contains a closed canopy of mixed broadleaf trees and a swathe of Scots Pine.

The 'under' wood is generally poor with few woodland flowers apart from erroneously introduced Spanish Bluebell and a few other non native species such as soapwort, which is probably a garden escapee.