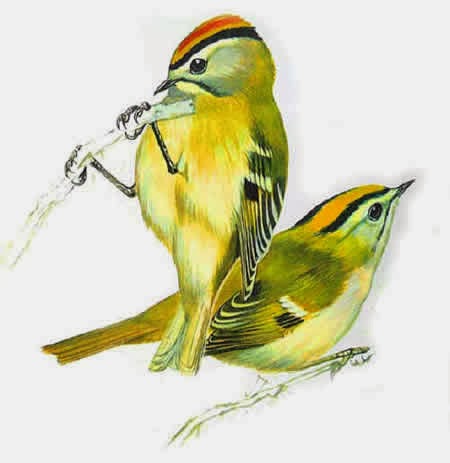 
The two birds I was viewing in Centenary woodland were juvenile, lacking the bold head stripe  depicted in this image. I was puzzled initially, and without binoculars, had to concentrate the focus by cupping hands around the eyes to determine as much detail as possible.

The birds were 'little brown jobs' and although I recognised the movement and character associated with Goldcrest, it took me a little while to decide they were juvenile, and no where near as striking as this image. The yellow head stripe only evident as the birds landed on the trunk of a Silver Birch tree just a few feet away.