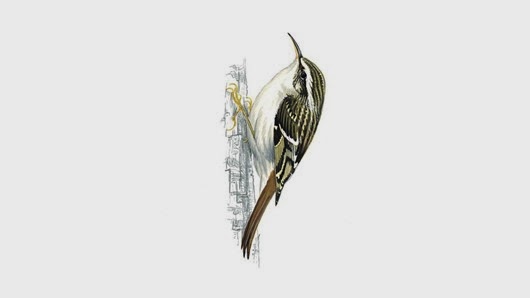 I must admit, I left earlier than the rest but still managed 4 hours of woodland crafting during 4 hours of incessant rain; but let's give credit to the NIA stalwarts who were still working in fine spirit on my departure, and it was raining hard and getting wetter by the second.

Today we expanded our vision for the crafted woodland and debated the issue of Hornbeam as a beneficial woodland species. It is evident that the Hornbeam leaves do not breakdown and decay as readily as other species such as Ash and Hazel, for which there is no leaf evidence on the woodland floor.

Working on the premise that all woodland arisings are of some value, and further, considering the possibility that the layer of Hornbeam leaves will probably impede desired growth in the field layer, the need to remove but make use of the leaves became food for thought; leading to the idea that they will be collected and used on a nearby tree nursery as a weed suppressant. This should keep parents and toddlers occupied for a while during the half-term woodland activity day. (Friday 21st February)

On further research 'Flora Britannica' informs us that Hornbeam is naturally found in south east England within an imaginary northeast - southwest line between Norfolk and Weymouth. Therefore trees outside that region are likely to be introductions. We further debated the ecological benefits and Wikipedia tells us  -

"Hornbeams are used as food plants by the larvae of some Lepidoptera species including Autumnal Moth, Common Emerald, Feathered Thorn, Svensson's Copper Underwing and Winter Moth (recorded on European Hornbeam) as well as the Coleophora case-bearers C. currucipennella and C. ostryae.",

Whether these moth species occur on trees north-west of the natural boundary, we will endeavor to find out.

Today's work was led by Craig and Tom from the Birmingham and Black Country Wildlife Trust PAWS, and began with 'tree felling' instruction and a brief regarding  achievements so far and further management proposals.

Ash was selected for felling, and Craig talked through the process of selecting trees to fell and trees to retain.

The rain fell but we still managed a fire and a cup of tea against the odds, thank you for the 'storm kettle'. Couldn't hang around too long though as the chill was settling in to bones, must keep moving.

With today's easy living and propensity to risk aversion, it would have been all too easy to give up and retreat indoors, but the instinct and desire to keep going may have been in our blood; and as I looked around at the workers engrossed in their way, I envisaged peasants from long ago, with no option but to work through and achieve the daily quota.